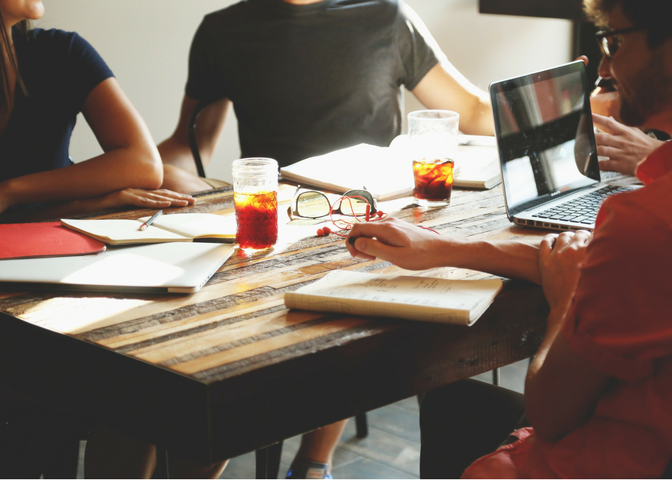 So, you’ve got a job in a startup — Congratulations!

Just before joining or during your initial days you thought you’d be like a one-eyed king in the country of the blind. You’re pumped up, and thinking, “I have so much experience, have been there done that. It (the job) would be a piece of cake. These guys don’t know anything I would own them.”

You thought you could do things without the restrictions you had in previous jobs. You’re reporting directly to the owners or founders (or folks closer to C-level). You felt important – you can make virtually any decision and add some real value.

After a few weeks or maybe a month, along came the reality — the assumptions you once held are now being tested.  Your background in the big corporations, don’t apply anymore. Things you took for granted are hard to find and explain in the startup culture.

For example, there is no real HR department. Maybe the owner’s family member without any formal degree is your boss now. Perhaps there is no real facilities team. You have to order and buy your coffee (K-cups) in the pantry where most of the times those Dixie cups are not in stock! If you are familiar with the IT networking, you realized that they blocked most common firewall ports. The access that all “admins” should have had don’t have. The day-to-day notifications going directly to your boss who does not always forward them to you. A sporadic network outage is a daily ritual.

The mundane things are posing significant hurdles. You now have to explain little things with shock and awe to folks who give you blank stare. Or, just because people have seen the IBM Watson commercial, they expect you to implement the AI in a few days (heck you should have done that already!).

A few weeks have passed, and your boss asked: “how are you doing?” You’re feeling helpless, but might respond cheerfully, “I am trying to learn and adjust.” Even though it feels like your hands are tied at every step of the way, it is not as bad as it looks.

Remind yourself, why did you take this job? And most importantly, why do you think they hired you? They need you, and you need them to make this transition in your career.

In good faith, try the following tips, including, but not limited to:

Learn What is Important to the Folks

Depending on your job level and the area, try to understand what your colleagues are doing. What is their priority? Why? What challenges are they facing? They already know that they have problems. That’s why they hired you to fix and find solutions. Do not point fingers, rather lend a hand.

Your colleagues are like you; they deserve respect. Do not judge them at every step. They may have a reason to do (or not do) something in a certain way (that you may not approve of).

Remember if there is no business, all those best practices and the processes will have no meaning. I am not saying do not follow any process; I am saying don’t force them on the people. Try to bring them to the center in a gradual and transformative manner without stopping the running railroad. Try to align your thinking with their priorities, not the other way round.

In dynamic startup culture, the priorities change at a rapid pace. For example, you and your team are making minimum viable products (MVPs) that may fail during initial trials. Consequently, someone may change the prior assumptions or decisions. Realize that everyone is in the same boat as you – high aspirations, and a treacherous path through trials and errors. And keep in mind, some days might be more stringent than others, nonetheless, don’t lose hope and don’t be scared – you’ll get through this.

A fundamental point to keep in mind that you joined a “startup” that is not a Fortune 500 company, yet. However, you have a chance to make it one – so do your best, they need your leadership, make it count.

Comments are closed.
Tweets by iamsidka